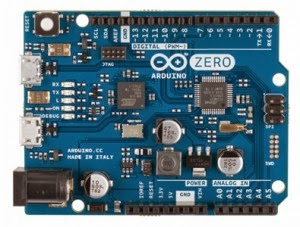 With Windows Virtual Shields for Arduino, users can tap into the incredible power of their Windows 10 devices through wireless protocols. For example Lumia 530 contains a lot of Arduino Shield capabilities and allows designers/makers to connect all those components seamlessly. Imagine being able to create an Arduino project that includes GPS, Web connectivity/parsing, touch display, speech technologies and more!

With Windows Remote Arduino developers can create a wireless interface to Windows 10 devices as if they were physically attached to an Arduino Shield. Arduino functions can be accessed directly from the Universal Windows Application.

Posted by PressEjectOnPlay at 11:54 AM